Tyres- and Tubesizes for unicycles

It’s a bit complicated with the Tire-sizes of the unicycle. Same for bicycles – since mostly, their tires are used. Tire sizes are mostly defined in Inches and with the Metric-system (ISO / ETRTO-size).

E.T.R.T.O. means European Tire and Rim Technical Organisation – which was the base for the ISO-norms, the International Organization for Standardization. This standard helps to find the right size – because in the past the tyre size was defined by each country itself – and was therefore incompatible with each other despite the fact that the nominal size seemed to be the same. In inches and in fractions.

Here’s an overview with inch/ETRTO diameters:

Besides these, today most popular sizes, there is still an “old” inch system, not writing the values after the comma in numbers but fractured like 12 1/2″ for example. Unfortunately, it is not as you might think the same like 12,5″. The only thing you need to remember here is the Brown’s Law of tire sizing:

If two tires are marked with sizes that are mathematically equal,
but one is expressed as a decimal and the other as a fraction,
these two tires will not be interchangeable. Find out more about this here.

In unicycling we get mostly asked for 19″ and 20″ – and the difference between them. That’s why we would like to tell a little bit more about wheel-sizing here:

Another size often called 20″ – is the 19″ size. Its ETRTO size is 387 mm. This size comes out of the bicycle-trial. There, wide and voluminous tires (at least 2,5″ or 67 mm wide) are wanted for rebound when jumping and for rim-protection upon impact.

The reason why they often call 19″ a 20″ tire is because in the US, the wheels are often defines through the overall-size, including tire. That’s why they sometimes call a wheel with a wide and fat 19″ tire a 20″ wheel. So our Muni Starter with the fat 20″ tire would then be called a 21″ – at least theoretically. 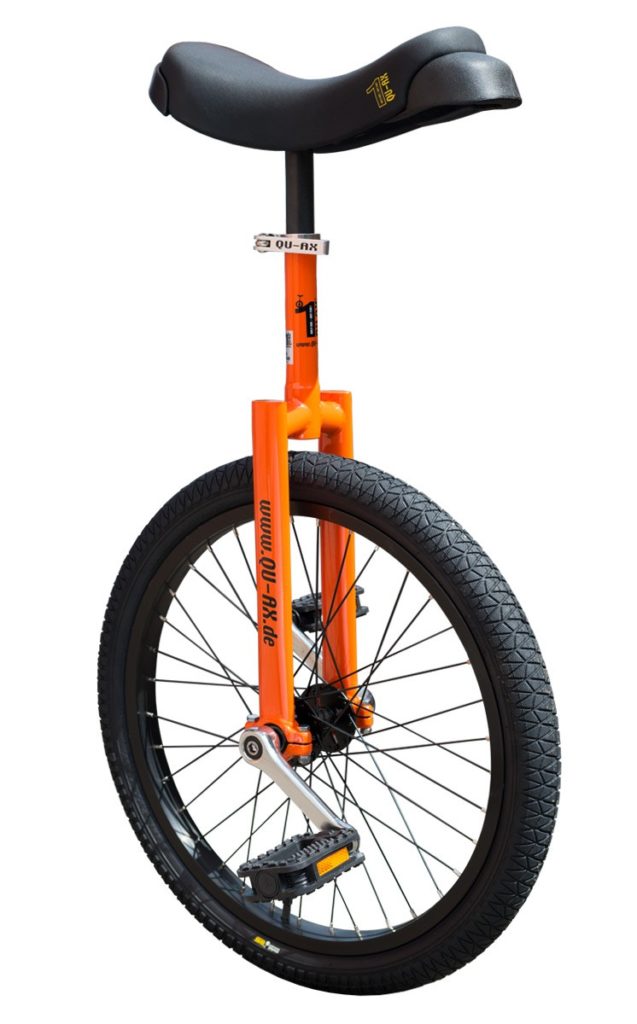 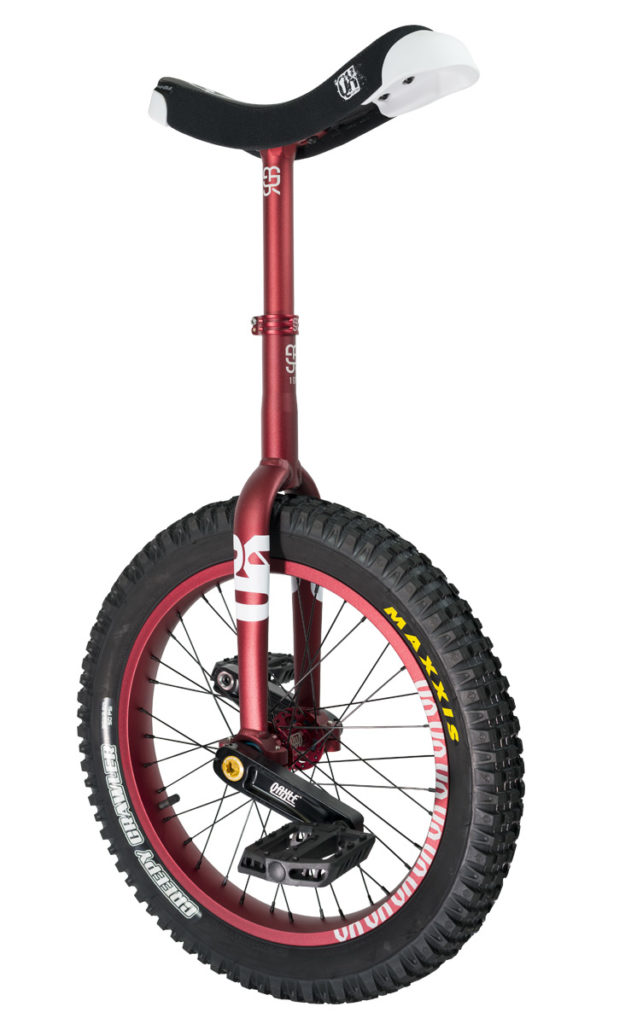 As already the different ETRO sizes might make you guess: 19″ and 20″ are not compatible with each other since they simply have a different size. So the best tip for you is to look after the ETRTO-size, this way you are sure to find a precise size.

24″ and race unicycles according to IUF

On Race unicycles, the IUF allows a 24″ unicycle for most competitions – but defines it with the exterior diameter (618mm) so with tire. In the beginning of unicycle-races the unicycles still had quite right 1,75 or 1,95 tires, that left quite lots of space between rim and limit. So one day, some racers tried to use a 26″ rim with a narrow racing-tire (lighter, less rolling resistance) – which still was within the regulation. So the rule says 24″ – but most race-unicycles, according the the rim size – are 26″ wheels. 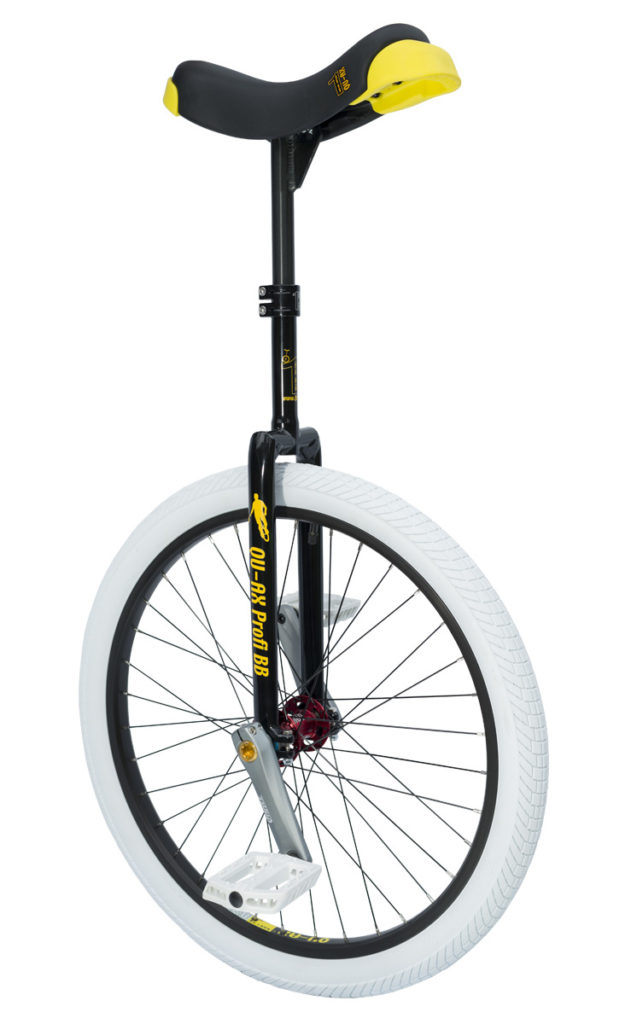 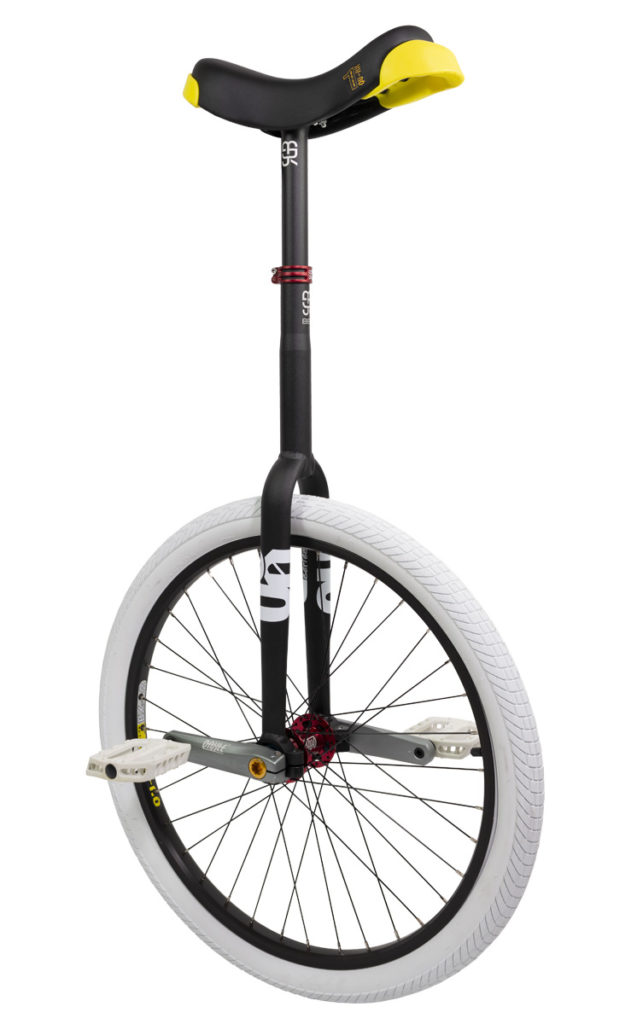 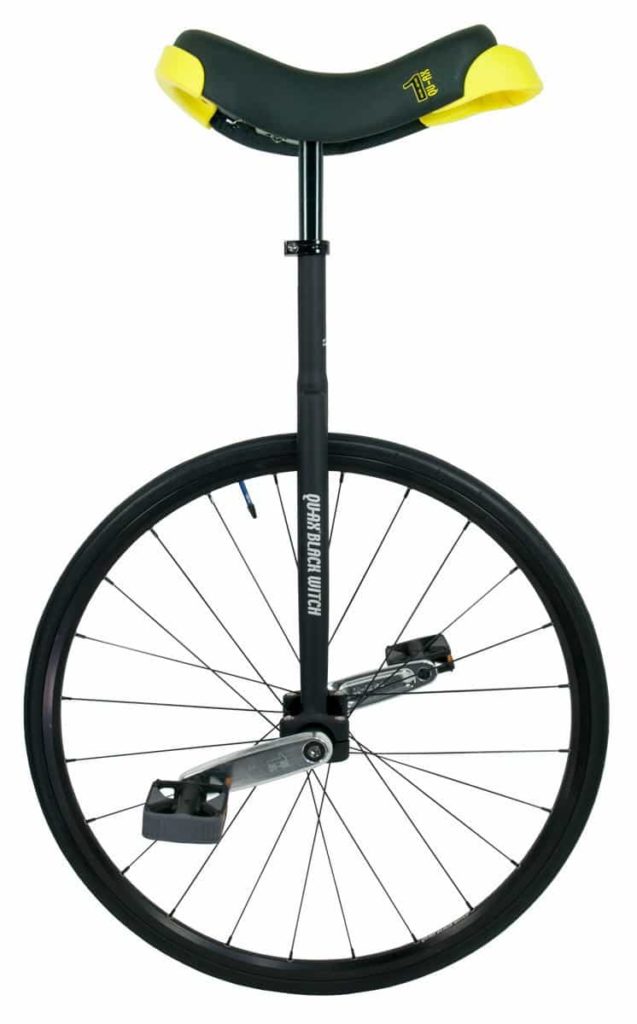 Finally, there are three more criterias that are relevant on rims:

The tread pattern and colour of the tyre depend mainly on the field of use. Inndoors in halls, a light tyre or white colour is often desired. Alsp, a dense tread without coarse studs – which is also most conducive to driving characteristics on firm ground. For off-road tyres themselves, the Maxxis Creepy Crawler or the OBR Gekok is very popular in the 19″ trial area. In flatland the Monty PRO is preferred. With 24″ Munis there is almost only the Duro Razorback (formerly Leopard Wildlife) as a really wide tyre. At 27.5″ and 29″ the rider has the choice between the full range of mountain bike and bicycle tyres, width, profile depend on personal preferences and area of use. It should always be noted that the width of the tyre fits changing according to rim width it is mounted on – and the height and width of the tyre also has to fit into the fork!

Whether and how a tyre can leave marks on indoor grounds cannot be said with general certainty, since it depends not only on the tyre material – but also on the respective floor, its treatment, cleaning agents, temperature etc…

What tyre for which unicycle?

Following overview should help you to find fitting tires for your unicycle:

Three valves have gotten popularon bicycle: The car valve (also called Schrader), the Dunlop valve, and the Sclaverand (also called French valve). Each valve has its advantages and disadvantages. We use the car valve for our unicycles – it can be inflated at any petrol station. A Dunlop valve can also be used, as well as a French valve. Some rims on the aftermarket only have bores for the thinner French valve – here car valve or the German valve do not fit. This is also the reason a french valve has to be fitted with a washer reducing the valve hole size when used in a rim with wide car-valve hole.

A tyre can not only be of different quality rubber (durability, grip etc.) but also by the thread density, which is measured in TPI (threads per inch). Particularly high TPI numbers are not only more puncture-proof, but also more durable and sometimes have better rolling characteristics. Basic tires are equipped with a metal wire inside on each side to keep them round in the rim flange. Higher quality tyres are often foldable, i.e. instead of a wire a Kevlar or Aramid braid is worked into the bead – this is simply easier.