Balance is great – not only in the physical way

So far, we maybe all have had this kind of thought – and most probably nobody doubts this statement. Thus, it would be nice if we had some proofs about the positive effects of balance-training on the minds of our children, no?

We made a research on this subject and found a study, made on behalf of the Hessian (Germany) ministry of culture. „Bildung braucht Gesundheit II“ , translated this means “education needs health”, a study made in 2012. This proved scientifically that “regular balance-training in the scholar-everyday-life brings measurable scholar learning success in German and Mathematics, increases the learning-joy and the climate in the class” *1* This project was initiated by Dr. Jörg Silberzahn and was called project “snail” like the part in the ear with the same name where the sense of balance is located.

At the same time, the project showed an alarmingly high count of pupils with difficulties in processing balance-impulses. Especially a correlation between these difficulties and worse grades in German, Math and Sports in comparison to pupils with a good sense of balance. In the above study, primary school pupils from 17 second classes were purposefully trained with the help of a “balance-calendar” (Bildung kommt ins Gleichgewicht”, Borgmann Verlag) and compared to a group of 10 second class pupils from 10 other second classes which did not get additional training in terms of balance during the study-period.

They examined reading comprehension, spelling-skills, calculation-skills, the social-emotional competence as well as the fine and gross motor skills. The invested time was about 5×3 minutes during the forenoon. Those training-units that were made by the whole class were straightforwardly integrated in the scholar everyday-life. Further training units that were autonomously organized by the pupils were made with a games console incl. a Balance-Board and dedicated games as well as with a mini-trampoline.

The evaluation of the study was made by scientists from the university Aalen under the direction of by Prof.Dr.med.Eckhard Hoffmann and the university of Bochum under the direction of Prof. Dr. phil. Christina Reichenbach. An expertise by the international ethics commission was made, too (FEKI). Furthermore, the study was supported by the university of Witten-Herdecke, more concretely by the quite famous Prof.Dr.med.Dietrich Grönemeyer. Before the beginning and after the study ended, the following fields of research were documented: test of sense of balance, visual test, survey by questionnaire, documentation of the level of proficiency in reading, spelling, calculation as well as in the fine- and gross motoric. Besides enquiry about social and emotional factors.

Scholars of the groupe that was regularly trained in terms of balance during the class showed a significant better sense of balance at the final exam at the end of the study than the group of pupils not having been trained in the same period of time.

Concretely, the scholars who had a regular balance-training had better performance in: significantly better reading-skills, significantly better math-skills, a tendence of improvements in spelling-skills. Besides positive developments were observed in terms of fine motor-skills, eye-hand-coordination, joy of learning, class-climate, approach to school in general, more willingness for effort, a better sense of acceptance and social integration. The teachers surveyed for this reported a high concentration in class, more silence and also a positive development of social and emotional behavior in the classes that had the regular balance-training in the study-period.

After 18 month, 100% of the teachers also reported they did not even loose teaching time and had a lot of fun with the training.

*source „Faltblatt Schnecke, Stand 3.8.2012“ from the Hessian minister of culture, courtesy of 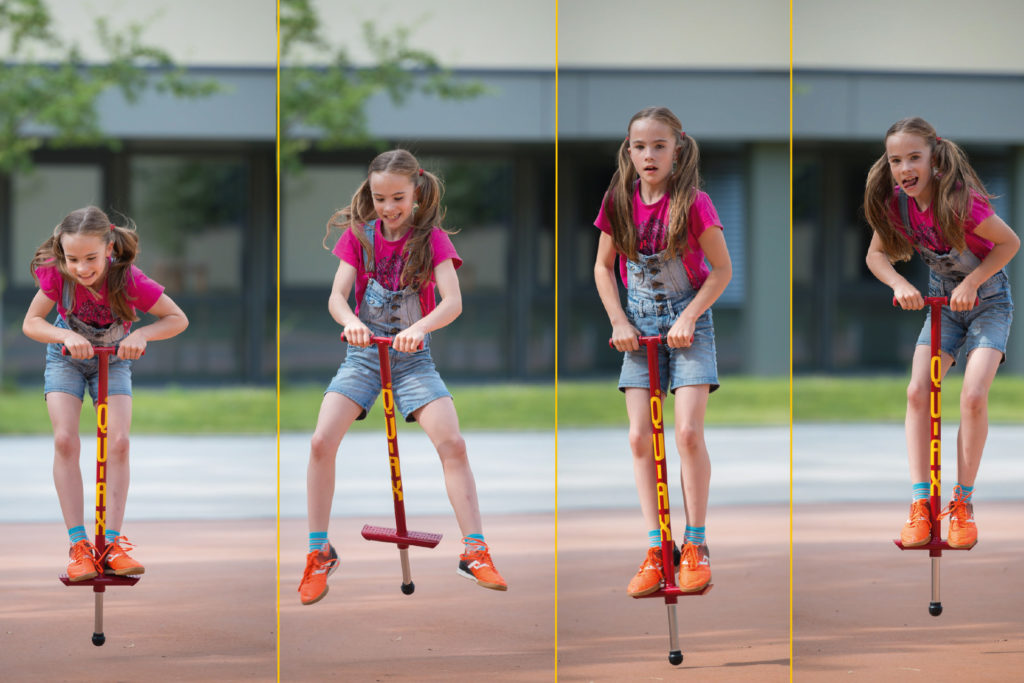 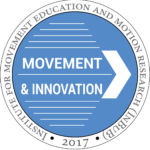 This seal was created by the institute for movement education and motion research under the direction of Prof. Dr. Harald Lange. It visualizes the quality of movement-pedagogics and level of innovation of the medaled products. This helps as a decision guidance for choosing and buying a movement-product.

With a wide and critical testing procedure, the institute for movement education and motion research benchmarks the value for learning and playing of a product. Here are some statements to QU-AX products: 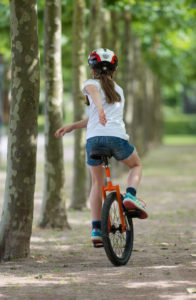 The unicycle is an ideal toy-vehicle as key-element in supporting the development of motor functions, especially of the sense of balance. Usually, children are instantly enthusiastic about this toy-vehicle. During the tests the institute observed that children dealt with the unicycle independently and found new challenges for them. It was very pleasant to see them trying and learning. They joyfully played and on some days just could not stop.

Jumping is incredible fun for the children. They jump in place, zigzag over shorter and longer distances. The Pogo-Stick is a wonderful device to train the sense of balance. The extraordinary movement-experience extrapolates a stress-field between stationary and dynamic sense of balance. 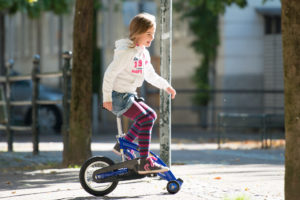 The Balance-Trainer’s Inliner-wheels at the front give extra stability especially at higher speed but are not to be considered as supporting wheels. The rider has to keep the balance with a little bit of support to make it easier. This is exactly what children like.